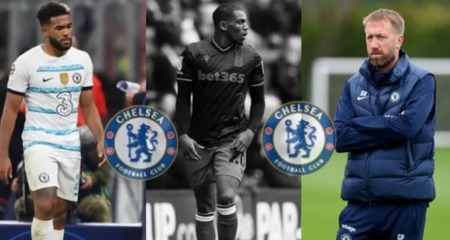 Head coach Alex Neil heaped praise onto the Cobham graduate after The Potters’ 2-0 win at Preston on Saturday afternoon.

“Dujon, for me, is arguably one of the best one-v-one defenders I’ve ever seen,” Neil said on Saturday. “Very, very few people get past him. He’s strong, he’s powerful, he’s determined.”

The 22-year-old has started all four of Stoke’s games since the international break, with the last two ending in victories against Sheffield United and Preston.

As he did under Neil Critchley for Blackpool, Sterling is showing his versatility already, playing as a left and right wingback for Stoke, who currently play in a 3-4-1-2 formation after Alex Neil joined in late August.

However, with the recent injury to Reece James that will keep him out until after the World Cup in Qatar. Concerns over backup in that area for Graham Potter have again become a topic of conversation amongst supporters.

No doubt, Chelsea is making a lot of effort considered calling back Dujon Sterling in January winter transfer to fix the rightback issues until Reece James recover