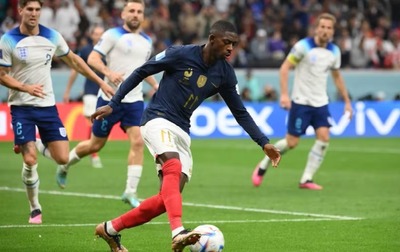 The Blues have been linked to the 25-year-old for some time and missed out on him as a free agent last summer. He did, however, sign a new contract with the Spanish club, extending his stay until 2024.

However, according to the Spanish publication Marca, the Frenchman has a €50 million release clause that will go into effect this summer. This could give Chelsea an advantage in their pursuit of the player.

Dembele appears to have regained some of his best form this season after being plagued by injuries since joining the Catalan club in 2017. This season, the winger has been a regular for Xavi’s club.

So far, the 25-year-old has appeared in 20 games across all competitions, scoring five goals and providing seven assists. He has also been a World Cup regular for his country, appearing in all of their games and assisting them in reaching back-to-back finals.

A player with frightening speed who can play on either side of the wing, he could be a valuable addition to our attack. This season, Mason Mount, Hakim Ziyech, Christian Pulisic, and Raheem Sterling all struggled.

Barcelona will almost certainly want to keep him this season, given his importance on the field. If the Blues make a move for him next month, they will be unable to exert control over the situation because the player still has time on his contract.

Nothing is certain for next summer. If the clause is accurate, the Blues should take advantage of it because it could be a good deal for them. What the West London club decides to do will be interesting to watch.