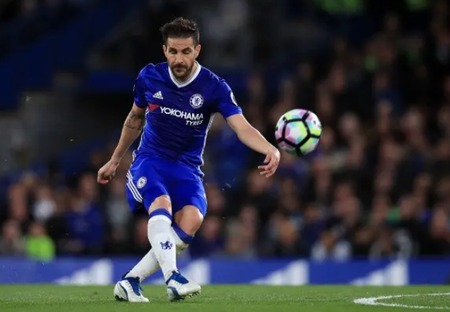 Cesc Fabregas is regarded as one of the greatest midfielders to ever play in the Premier League. The star used to play as a central midfielder in the defensive role but used to dominate matches. The Spaniard was highly creative to play in either role and he also used to decide and dominate the midfield in every team he played for. Despite also playing for Arsenal, Fabregas enjoyed more career success at Stamford Bridge than while at Arsenal.

He played for Arsenal, Barcelona, and Chelsea where he won every trophy in club football and also played for the national team. Fabregas had a great contribution to the success of all these teams becoming one of the greatest midfielders in football. The Spanish international became one of the most successful midfielders in the English Premier League history. He is the player with the second-most assists in the league history behind Manchester United legend Ryan Giggs

Fabregas left a legacy that will be difficult to beat in the coming years and it might take more than ten years to break. The Blues have never managed to find a midfielder who could become the next Fabregas for the west London club.

He left in 2019 and they have been struggling to find such a highly creative midfielder but they could finally have found a top playmaker. The side has Mateo Kovacic who has been decent recently and he has proved how good he is when he is in form. The 28-year-old Croatian international has been struggling with injuries at Chelsea but he seems to be getting his form back. He is highly creative, can dominate the midfield, score goals and help the team win matches.

He has similar qualities to those of Cesc Fabregas and he has been playing just like the Spanish great when he is in form. If he will have fewer injuries and remain on form he can make the same impact in the club just like Fabregas.