Chelsea legends vs Madrid legends live stream, who do you think will win? 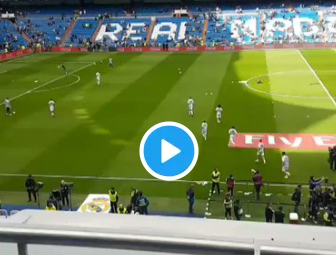 For the Blues, we’ll be experimenting with the 4-3-3 formation with Petr Cech in the goal.

Ceasr Azpilicueta has been one of Chelsea’s best players over the years, as such, he occupies the right-back role. Completing the defensive quartet are the trio of John Terry, Thiago Silva and Ashley Cole.

In the middle of the park, N’Golo Kante takes a place in the defensive midfield spot alongside Frank Lampard and Michael Ballack.

See the illustration below: For the Spanish giants, we’ll also be experimenting with a 4-3-3 formation with Iker Casillas in the goal.

Marcelo is without a doubt Real Madrid’s best right-back of all time, as such, he takes a place in the defence alongside Pepe, Herro and Sergio Ramos.

The midfield trio should comprise of Zinedine Zidane, Claude Makelele and Luka Modric.

See the illustration below: Based on the two lineups, Dozz thinks that the Chelsea Best XI is of more quality. As such, they’re likely to win this imaginary fixture.