Chelsea in talks with Graham Potters to head the club, after Thomas Tuchel sacked 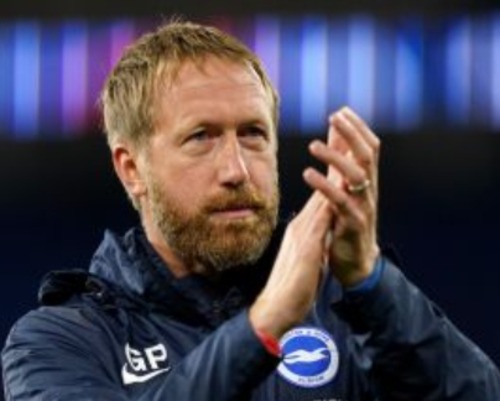 No doubt, Chelsea head coach, Thomas Tuchel has been sacked for his poor performances since the beginning of this season with a three games loss, two draw match in 7 matches played this season, including the Champions League, UCL, match loss to Dinamo Zagreb in yesterday’s match.

According to Chelsea FC, they have confirmed the news in an official statement and agreed a personal terms with the new coach, to head the Blues, as Chelsea FC in talks with Graham Potters, Brighton manager.

“Chelsea Football Club has today parted company with Head Coach Thomas Tuchel. On behalf of everyone at Chelsea FC, the Club would like to place on record its gratitude to Thomas and his staff for all their efforts during their time with the Club.

“Chelsea’s coaching staff will take charge of the team for training and the preparation of our upcoming matches as the Club moves swiftly to appoint a new head coach. There will be no further comment until a new head coach appointment is made.”

Following Tuchel’s sacking, the latest manager odds have been revealed, which you can read about here.

Brighton boss Graham Potter is the current favourite to get the job and now, an insight into how much Chelsea would have to pay to sign Potter has been revealed.

As per Guillem Balague, Chelsea’s owners have asked to talk to Potter and he has a £16m buyout clause:

Potter has proven himself a very tactically astute manager who can work on a tight budget.

Although, With his track record, he has guide Brighton to their best ever Premier League finish last season and the Seagulls are currently 4th in the Premier League after six games.

One thought on “Chelsea in talks with Graham Potters to head the club, after Thomas Tuchel sacked”