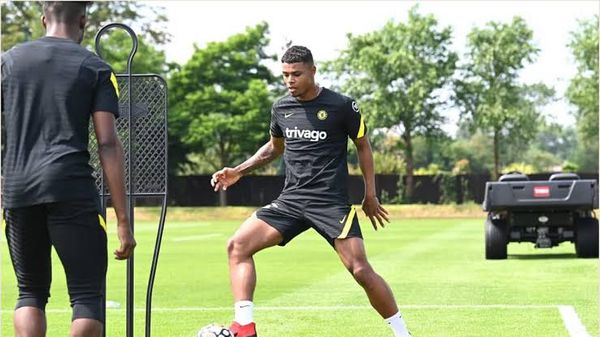 Chelsea have started pre-season preparations at Cobham ahead of the forthcoming season.

The Blues players returning to training following the summer break and it is confirmed that Faustino Anjorin was part of the group that trained on Saturday morning. The Nigerian attacking midfielder returned to pre-season training on time as he did not have international commitments with the England U20 squad following the conclusion of the 2021-2022 season.

Anjorin will be aiming to catch the eye of manager Thomas Tuchel during the pre-season preparations, with a decision set to be made on his future at Stamford Bridge, whether to keep him, loan him out or offload him on a permanent basis.

EPL: “I will be worried if he didn’t start pre-season matches with you”- Chelsea tells Tuchel

The 20-year-old spent the first half of last season on loan at Lokomotiv Moscow and finished the season with Championship side Huddersfield Town, making seventeen appearances combined for both clubs despite an injury-blighted campaign. Chelsea have lined up friendlies against Club América, Charlotte and Arsenal as they prepare for their Premier League opener against Everton on Saturday, August 6.

One thought on “Chelsea: Huge Boost As Nigerian Youngest Star Training At Cobham”