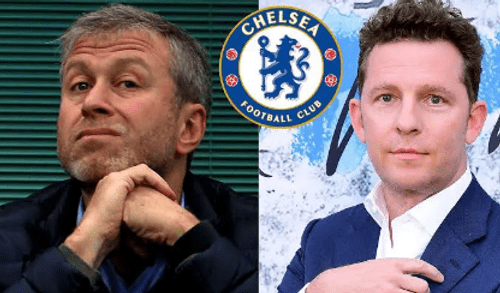 Chelsea for sale: NICK Candy will become Chelsea owner as the highest bidder $2.7 billion…Just last week, Roman Abramovich revealed that the club would be placed on sale, amid the ongoing war between Russia and Ukraine, which he claimed that it was for the best interest of the club, but the sales process of the club was paused on Thursday 10 of March, when sanctions on the Chelsea owner was announced.

The Raine Group was carrying out the sales process of the club on behalf of the Chelsea owner, which they reportedly sent mails to all potential buyers to inform them that all talks of a takeover has been paused.

According to recent reports, the Chelsea owner and the UK government has reached an agreement to issue another license that would permit the continuation of the sales process of the club, on the conditions that Roman Abramovich would not benefits from the proceeds from the deal.

The Raine Group would now continue with the process to sell the club, and inform the potential buyers of the extension of the deadline for bids, which is now set till the end of next week.

Several billionaires has shown their interest to purchase Chelsea, but two parties are considered to be ahead in the race to become the new owner of the club, which includes the Swiss-US backed consortium led by Todd Boehly and Hansjorg Wyss, and British billionaire Nick Candy.

But in this article, we will be looking at the possibility of Nick Candy becoming the new owner of Chelsea.

Nick Candy is a 49 year old British business man, and he is a Chelsea fan, who is linked with a purchase of the club. Despite the sanction on the club, he has still expressed his interest in submitting an offer to buy the club.

Candy’s spokesperson said that they are currently examining the details of the sanction on the club, and they are still interested in making a bid to purchase the club. He added that this is a great time of uncertainty for the Chelsea fans.

Reports has also claimed that Nick Candy would be at Stamford Bridge on Sunday to watch the Chelsea’s game against Newcastle United, in a bid to show his serious interest in purchasing the club.

His presence at Stamford Bridge on Sunday among other Chelsea fans, could give him a further edge in the race to become the new owner of the club.

Do you think Nick Candy could be a good owner for Chelsea?