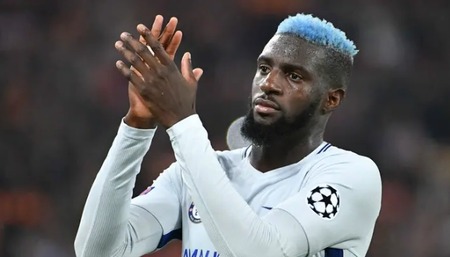 Tiemoue Bakayoko has struggled to break into Chelsea’s starting lineup since joining for £40 million.

Tiemoue Bakayoko’s agent has spoken out about his client’s situation while he is on loan from Chelsea at Milan.

In the summer of 2017, Chelsea paid £40 million to sign Bakayoko from Monaco.

Bakayoko arrived at Stamford Bridge with high expectations after winning the Ligue 1 with the French giants. However, his poor form forced Chelsea to loan him out on several occasions.

In the last four years, the Frenchman has had loan spells at Monaco, Napoli, and AC Milan.

The Rossoneri inserted a purchase clause into Bakayoko’s two-year loan agreement. However, they are unlikely to keep the 28-year-old, who has yet to make his debut this season.

“It’s a situation that makes me sad because this transfer was strongly desired,” Bakayoko’s agent Marco Busiello told Tuttomercato.

“He’s joined many clubs on loan over the last few years, so he had to adapt to a new club every year.

“He was delighted to join Milan on a two-year contract with an option to buy under certain conditions.

“However, it did not work for a variety of reasons, including injuries and strong performances by other players. The current situation is detrimental to all parties, and I apologize.”