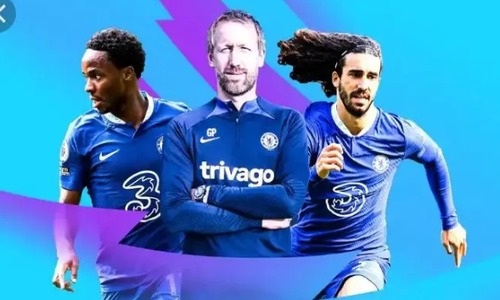 Chelsea fans are stunned after a £50 million star admits that a move would be “nice.” Marc Cucurella, a Chelsea defender, has stated his desire to play for Barcelona.

Chelsea swooped in and offered him a £50 million move to Stamford Bridge after he made a name for himself at Brighton and established himself as one of the best left-backs in the Premier League.

However, since moving to London, he has struggled to maintain a starting spot in Graham Potter’s side and appears to be a player who has lost all confidence.

This has sparked wild speculation that he could leave Chelsea quickly and return to Barcelona, with the Spaniards reportedly interested.

Cucurella made one first-team appearance for Barcelona and spent time on loan at Eibar and Getafe before joining the latter club permanently.

Cucurella will be hoping to regain form when Chelsea’s season resumes on December 27 – but he has expressed a desire to return to Barcelona, where he began his career before leaving due to a lack of opportunities.

‘I didn’t get much of a chance to play for Barcelona, and I’ve always regretted it,’ he told Catalunya Radio.

‘In the end, if I had the opportunity again in the future, I would value it; it would be very nice.’

No matter where you are in the world or what football club you are playing for, you would always want to play for Barcelona or Real Madrid, two of the most iconic sides in world football.

Not too good news as Chelsea stars Cucurrella, Chukwuemeka, Kante, out of Crystal Palace starting XI

The opportunity may present itself one day, and he may well make that move – but he does not need to worry about that right now, and should have simply ignored the question.

His entire attention should be on Chelsea.