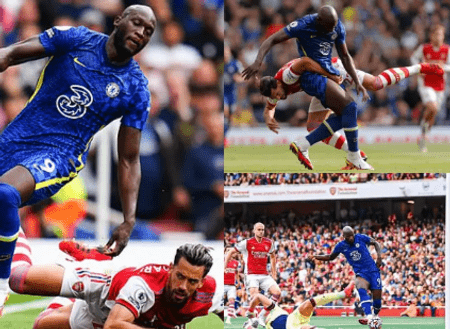 The game kickoff by 19:45pm west African time and ahead of that highly anticipated game we will be casting our eyes back to the first meeting between this two earlier this season at the Emirate stadium.

It was the the first game of Romelu Lukaku second coming and the striker put on a show of strength, skills and totally humiliated the Arsenal players to gift Chelsea a precious three points that clearly set them at the top of the English premier league at the time. The Arsenal defenders could not live with his pace and brutal strength as he powered through to give Chelsea the lead and was involved in the build up of Reece James second goal. With the rumours circulating that he is in line to start tonight, Arsenal players must be feeling scared of facing him already.