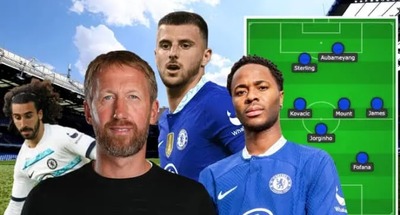 Chelsea will be aiming to get their first victory in the new UEFA Champions League campaign when they welcome the Austrian outfit, RB Salzburg to Stamford Bridge on Wednesday night. The English Premier League side will be going into the game after the disappointing 1-0 away loss to the Croatian side, Dinamo Zagreb in the first game of the season, and the Graham Potter-led team will be looking for a victory over Salzburg on Wednesday in a bid to return to the winning ways.

Chelsea will be going into Wednesday’s UEFA Champions League game against Salzburg with no injury or suspension worries, except for key midfielder, Ngolo Kante who is still in the treatment room for his hamstring injury he sustained against Tottenham a few weeks ago in the English Premier League. The UEFA Champions League game between Chelsea and Salzburg is expected to kick off at exactly 8 PM Nigerian time on Wednesday in England. Chelsea defeated Salzburg 5-3 the last time both teams met in a club-friendly matchup in 2019, can the Blues get another victory on Wednesday night at Stamford Bridge?