CHE 2 vs WOL 2: Tuchel has himself to blame for bring on a striker with his team under pressure 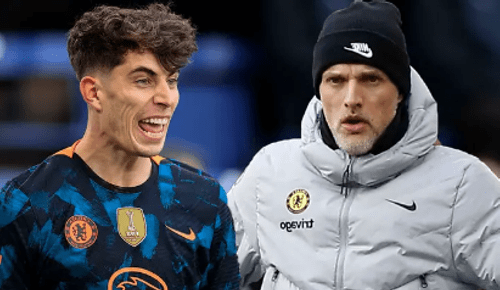 Thomas Tuchel’s Chelsea was up against Wolverhampton in the English Premier League fixture earlier today. The blues opened up the scoring through Romelu Lukaku from the penalty spot, the Belgian international made it 2-0 after 2 minutes with Christian Pulisic providing the assist.

The blues were 2-0 up until the 80th minute of the second half when Trincao pulled one back for Wolverhampton after receiving a clear-cut pass from his teammate Chiquinho. Chelsea was under pressure from the time of Wolverhampton’s first goal until they got their equalizer in the 97th minute of the game.

Thomas Tuchel’s squad blew up their two goals lead within 17 minutes and the German Gaffer has himself to be blamed for bringing on Kai Harvertz who is a striker instead of supporting the defense line with Trevor Chalobah.

It was a wrong decision for Thomas Tuchel to add an attacker into the game instead of a defender while leading 2-1 in the second half. Chelsea was under serious pressure by Wolverhampton and instead of bringing on a defender, Tuchel brought in Kai Harvertz for Romelu Lukaku.

Malang Sarr was also a wrong substitution for Tuchel to make in the second half as Azpilicueta the team’s captain was still making clean-cut clearance at the defense line. The youngster didn’t bring any positive result to the team’s performance in the second half instead helped pill up pressure that lead to the equalizer.