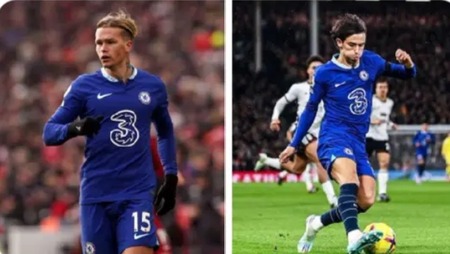 Chelsea made top signings in the January transfer window, with Joao Felix and Mudryk making impressive debuts and looking promising for the blues despite Felix being on loan from Atletico Madrid.

Champions League: Badiashille has also had a good start in west London, keeping two clean sheets in his first two appearances for Graham Potter’s side.

Datro David Fofana, on the other hand, may not be registered for the upcoming champions league resumption.

Despite being fit, he has only made one substitute appearance for Chelsea and has not played since. Chelsea must register the new signings for the UCL while also releasing some players.

Chelsea are unlikely to substitute an old forward for the new signing ahead of their cup tie against Dortmund because he has fallen down the pecking order in terms of team selection.

The Blues may consider loaning out the forward in order for him to get more game time and experience ahead of next season. It will be interesting to see how Mudryk, Joao Felix, and Madueke fare in Chelsea colors this season.