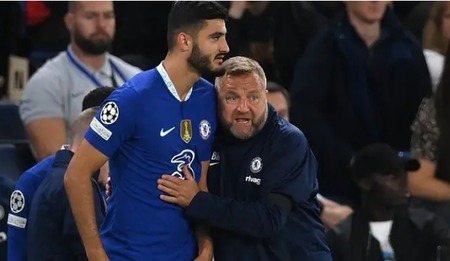 Chelsea were defeated by Aston Villa in a friendly last weekend in Dubai. Graham Potter’s side were defeated 1-0 by an experienced Aston Villa, with John McGinn’s early goal proving the difference between the two sides.

Jorginho, Marc Cucurella, and Pierre-Emerick Aubameyang started for the Blues at Al Nahyan Stadium, with the latter flanked by Armando Broja and Omari Hutchinson in attack.

A youthful starting 11 featured Josh Brooking, Bashir Humphreys, and Alfie Gilchrist at the back, while Lewis Hall and Charlie Webster joined captain Jorginho in midfield.

Hutchinson impressed after being named to the matchday squad for our final two games before the World Cup.

Albania international Broja was forced off injured after 17 minutes, appearing to have suffered a knee injury while battling for a ball in the box.

Chelsea will now return to England to prepare for the resumption of the Premier League after Christmas, as well as Bournemouth’s visit to Stamford Bridge on December 27.