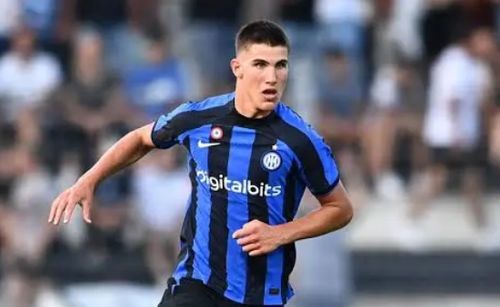 Chelsea seems to be busy than before in this transfer window that will be shut on 1st September at 5 O’clock. Chelsea through the owner is having sleepless nights to make Chelsea funs happy by signing world class players with hope to bolster their squad in preparation for the already going on 2022-2023 campaign

Chelsea have so far done well in their two league matches where they have garnered 4 points following Sunday’s intense draw against Tottenham Hotspurs, this result was wholly attributed to the signings they have made that is Raheem Sterling, Kalidou Koulibaly, Marc Cucurella and Chukwuemeka The Blues have been in persuit of a young star from Inter Milan, Cesare Cesadare who is playing the role of a midfielder. The Italian U21 player has been on OSC Nice and Chelsea’s radar for a long time that has seen the West London club make 2 bids that has been rejected by Inter However, the English giants were relentless as they have been very optimistic to sign a deal with the star and promised to go back with an improved bid as per the Inter’s demand of £15 million According to the Italian football journalist, Fabrizio Romano, Cesare Cesadare has agreed personal terms with Chelsea on a 6 year deal and they are closing on the deal to sign the 2003 born star.