BREAKING: Former Chelsea striker left out of England squad for the World Cup 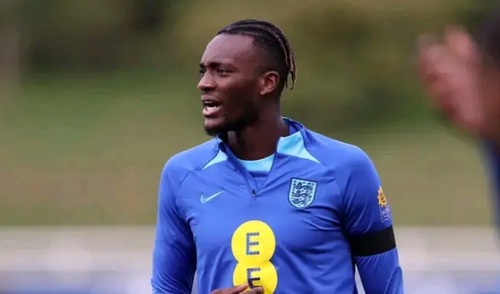 With some days remaining to the 2022 Qatar FIFA World Cup to kick-off, several international managers are selecting their best players who will participate in this competition.

The 2022 Qatar FIFA World Cup is expected to be so competitive which has made the managers make sacrifices of leaving some players out of the selected squads. According to reliable journalist and transfer guru Fabrizio Romano, former Chelsea striker Tammy Abraham is set to be left out of the England final squad for the 2022 World Cup.

Gareth Southgate who is supposed to unveil his squad later in the day has decided to drop Tammy Abraham with his preferred attacking players set to be unveiled.

Super Computer Predicts The EPL Table and The Place Where Man City, Arsenal and Chelsea Will Finish In Standings

Tammy Abraham has had a brilliant year with AS Roma under Jose Mourhino who has turned him into a versatile goal scorer. This will be a huge blow for Englishman who was hoping to travel to Qatar.