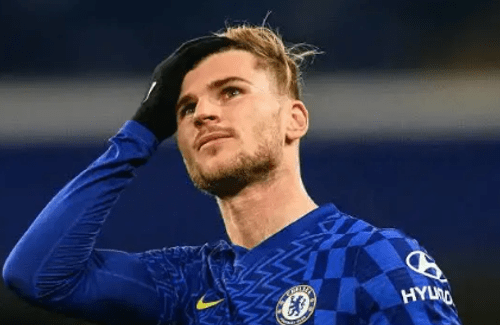 Chelsea are reportedly struggling to find suitors for Timo Werner ahead of the summer transfer window.

Werner joined the Blues with a big goalscoring reputation, but he has been pretty disappointing for them.
He hardly made an impact in the recent campaign, and Goal claims that the Blues are open to selling him.

However, they are yet to receive any offers on the table. Borussia Dortmund are no longer interested in him. They were open to a loan deal with an option to buy, but have been put off by the staggering weekly salary.

Werner earns around £275,000-a-week, and the Blues have no plans of paying a portion of the wages.

Thomas Tuchel’s side are expected to sign at least two new forwards during the upcoming transfer window.

Romelu Lukaku has also been touted to leave this summer after an underwhelming homecoming season.

The Belgian netted 15 goals last term, just eight of those came in the league. It does not justify his £101m price tag.