AVL vs CHE: Chelsea star player who has proved he will be a threat to defenders in today’s match 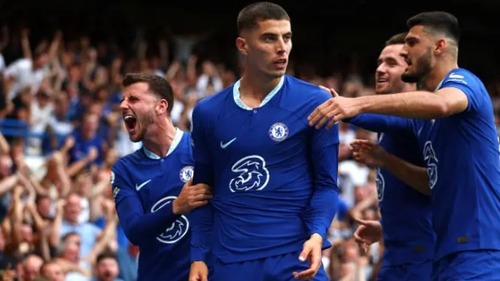 Chelsea is back on track since the appointment of Graham Potter who is yet to lose a Premier League t his season. The English manager has been a miracle worker for the West London club which is currently fourth in the Premier League table.

He has been in charge of five matches across all competitions where he has won four and had only one draw. Potter has changed the tactics at Chelsea and they have been playing attractive attacking football which has been the key to their good run. They are looking competitive again which has seen them have a chance of competing for the league with the likes of Manchester City, Arsenal, and Tottenham. Most of the players who were struggling at the start of the season, especially the forwards have improved. Pulisic started in Chelsea’s last Premier League match against Wolves which was his first start of the season under Graham Potter. Pulisic is one of the most talented Chelsea forwards and he can do better under the current boss if he will be given enough game time.

He is a versatile player as he can play in the wing and attacking midfield role but he is most effective when he is playing down the flanks. The 23-year-old star could turn into a feared forward by defenders if he could remain consistent this season.