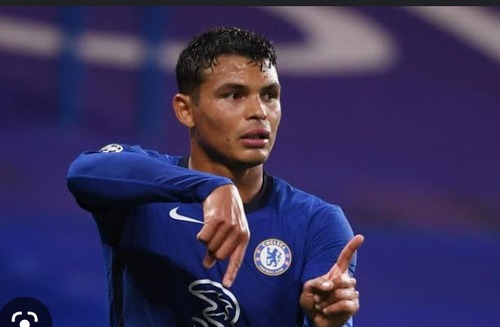 Arsenal will be locking horns with the Blues this weekend on Sunday as they all hope to win all the three points by the end of the final whistle. Arsenal has been on top form this season where they have only lost and drew once winning all the other matches. The Blues on the other hand have also been outstanding since the arrival of Graham Porter. Their solid defence has made them to be unstoppable keeping 5 cleansheet in their last nine matches in all competitions. Their good defence has been contributed by Thiago Silva who has been outstanding since joining them two years ago.

The Brazilian defender has been giving top defenders a headache to unlock their defence. He help EPL: “Thanks for everything TT” as Thiago Silva sends an emotional messages to Thomas Tuchel

However, one of the Arsenal player who might give Thiago a headache is Reiss Nelson. Nelson has been spending most time on loan. Last weekend he came off the bench and scored twice in his first Premier League match during their 5-0 victory against Nottingham forest. His pace and great skills has made him an exceptional winger for the Gunners. This weekend he can be of great help for the Gunners if Arteta will start him against Chelsea.

This is means that Reiss Nelson might give Thiago Silva a headache if he’ll start in their weekend match.