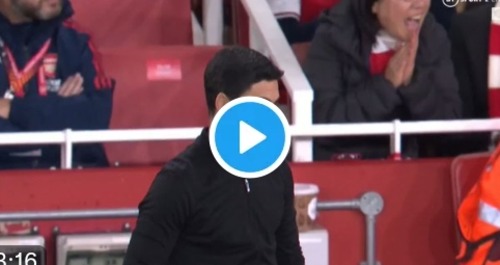 The Gunners managed to grab a huge win against Nottingham Forest at Emirates Stadium today. In that match, the Gunners took an early lead in the 5th minute through Martinelli. Nottingham tried to pull one back before half time but the Gunners remained solid. In the second half, Nelson added the second one in the 49th minute before making it 3-0 three minutes later.

Thomas Partey added the fourth on in the 57th minute before Martin Odegaard sealed the huge win in the 78th minute. In that match, one of the players who impressed is Nelson. He came on in the first half after Bukayo Saka got injured. Nelson went on to score two goals in their huge win. He also grabbed an assist and gave Nottingham forest defenders a headache to stop him.

Reiss Nelson had been starting from the bench in most matches for the Gunners. His top perfomances in today’s match proved he might be of great help to Arteta if he’ll be given more playing time.

This now means that Arteta might find it hard to bench Reiss Nelson in the coming matches after today’s top perfomance.