All Clubs That Qualified For 2022/2023 UEFA Champions League Season 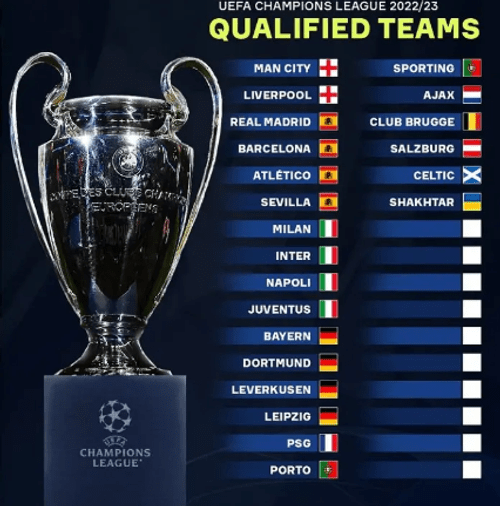 The majority of European leagues are nearing the end of the 2021/2022 season. This implies that clubs finishing in the top four of the top five European leagues will be qualified for the UEFA Champions League in 2022/2023. Direct qualification is always granted to 26 teams, while other clubs from throughout Europe fight for the remaining 6 play-off berths. Sporting CP and Porto are the only teams from the Primeira Liga to have qualified.