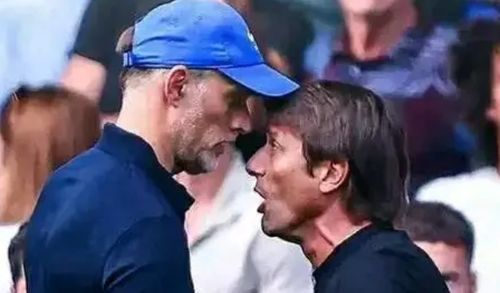 Chelsea were held into a shock 2-2 draw at Stamford Bridge by Tottenham Hotspurs in a match that saw Conte & Tuchel both sent-off at stoppage time. Chelsea opened tje scores in the 18th minute through Koulibaly to seal a 1-0 lead at the break. Tottenham Hotspurs equalized in the 68th minute through Hojbjerg before Reece James scored a stunner in the 77th minute to put Chelsea 2-1 up but Harry Kane scored the equalizer in the 96th minute to seal a 2-2 draw at home. Following the 2-2 draw, Chelsea climbed up to position 7 in the EPL table with 4 points while Tottenham moved to position 4 with 4 points. Nottingham Forest saw off Westham United 1-0 at City Ground to seal a vital clean sheet victory & claim all the 3 points. Nottingham Forest only goal was scored by Awoniyi in the first half to claim the first EPL victory for the club since 1997.

Following the 1-0 win, Nottingham Forest climbed up to position 10 with 3 points while Westham United dropped to position 19 with Zero points. Liverpool who are currently in position 13 in the Premier League standings with 1 point will take on 18th placed Crystal Palace on Monday at Selhurst Park. One thought on “After all Sunday results: See big changes in the EPL table, Chelsea & Nottingham new positions”