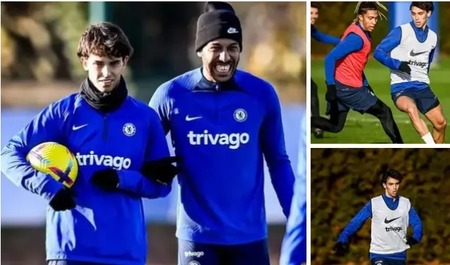 Chelsea are confident to bounce back to winning ways tonight when they take on Fulham at Craven Cottage in a Premier League encounter.

The Blues go into the match with 4 new January signings including Joao Felix, Andrey Santos, Datro Fofana and Benoit Badiashile who could feature in the game due to the current injury crisis at the club.

Joao Felix was registered on time to feature tonight after completing his loan move from Atletico Madrid to Stamford Bridge.

Chelsea lost their last 2 matches to Man City without scoring any consolation goal and conceding 5 goals hence Potter under pressure to organize his defence. Chelsea 4-2-3-1 tactical line up likely to start against Fulham and gift Potter his first victory of 2023, will consist of Goalkeeper Kepa Arizabalaga covered by Cucurella, Benoit Badiashile, Thiago Silva and Cezar Azipilicueta in the defence. Chelsea midfield will consist of Dennis Zakaria, Matteo Kovacic and Joao Felix will join Mount, Ziyech and Kai Havertz in the attack.